Skip to main content
/ Preparation Portal / Blog Article / 4 reasons nurses are choosing to live in Ireland over the UK! 4 reasons nurses are choosing to live in Ireland over the UK!

4 reasons nurses are choosing to live in Ireland over the UK! Talk to any nurse and they’ll tell you that the UK is in their top three dream destinations to work. You will also learn that nurses are looking to move to Ireland in more and more numbers.

But it’s not just nurses looking to move to Ireland, the country is also actively looking for them. According to a recent report from the Irish Nurses and Midwives Organisation, there are more than 1,3000 nursing and midwifery vacancies in acute hospitals.

So, let’s take a look at why nurses are beginning to choose Ireland over the UK!

Demand for healthcare services and healthcare professionals is growing at a time when the number of workers is at a ten-year low! 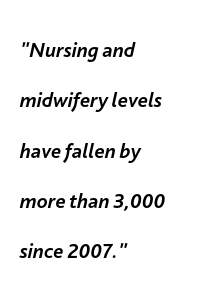 According to the Royal College of Surgeons in Ireland, nursing and midwifery levels have fallen by more than 3,000 since 2007.

However, it’s not just the demand for healthcare professionals that is driving doctors and nurses to make the move to Ireland; it’s also a great place to live, work and raise a family.

Ireland has endured an English invasion, the great potato famine and several recessions in its past. However, Ireland has not just survived those events, it has gone from strength to strength.

In 2018, the World Economic Forum ranked Ireland 8th out of 103 countries across 11 elements of economic progress

Much of this success has been driven by Ireland’s capital, Dublin. Home to some of the world’s largest multinational companies, Dublin has experienced unprecedented GDP growth over the last 10 years.

Ireland’s growing economy has led to improved living standards and a better quality of life for residents and citizens alike.

For a small place, Ireland is home to several beautiful natural wonders. From spectacular coastal cliffs to rolling hills, there’s plenty to explore when you’re living in Ireland.

Ireland’s many rock formations have been shaped by the violent winds of the Atlantic. Stretching for eight kilometres, the Cliffs of Moher in County Clare are one example. Ireland has amazing scenery that draws nurses to its shores.

If sea-ravaged coastlines aren’t your thing, the Ring of Kerry provides valuable contrast. With iron age forts and old monasteries, fast-running rivers and lush forests, the Ring is not a place to miss.

While feeling safe is a luxury in many places, the Irish are beginning to grow accustomed to it.

While crime does exist, Ireland’s violence and crime rates have dropped to historically low levels in recent years. In fact, 76% of people in Ireland say they feel safe walking alone at night, according to the OECD.

You too can enjoy all the benefits of working and living in Ireland. Find out how OET can be your passport to the world and apply for OET today.

Don’t let your work / study balance fall out of tilt. Follow these four examples to ensure you get it right. What’s most important to you in your workplace?

What’s most important to you in your workplace? The staff. If I have a good group of colleagues to work… Are pins and needles something you experience?

Pins and needles is a common expression for patients It describes a tingling sensation. Most commonly, people feel pins and…